Today we left Idaho and entered Oregon. An 80 mile ride into and out of Hell’s Canyon.
But first a great sunset in Council, Idaho last night.

We woke before sun rise and were packed and ready to get out early. Several people tried a Rail-to-trail conservancy trail that was just in front of us, but Chris is the man that actually got on the trail ail the way and went to Cambridge. It was not intended for touring bikes, but he pulled his Moulton through it and beat us to our first stop for eggs and sausage. I meant to take a picture before I ate it, opps.

The terrain was relatively flat for a while until after our second breakfast, and we had to take a long climb before swinging down to the Snake River and entering Hell’s Canyon. 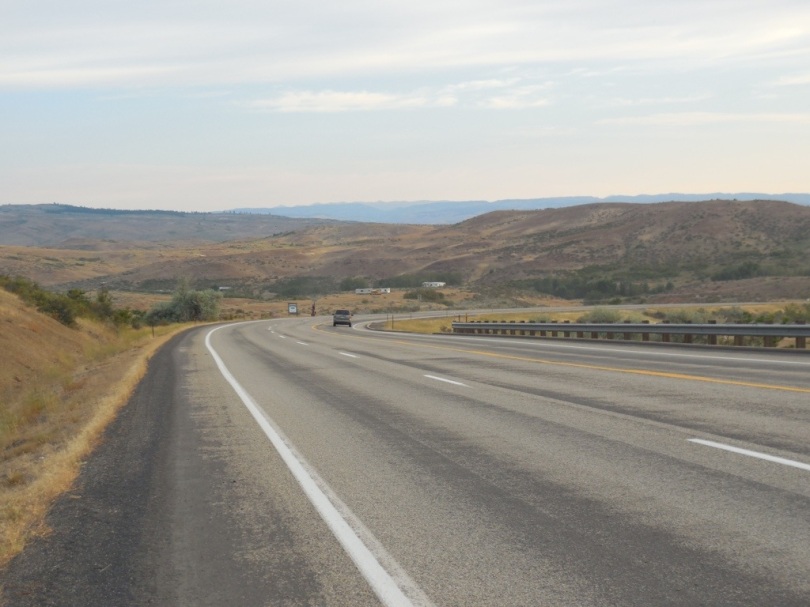 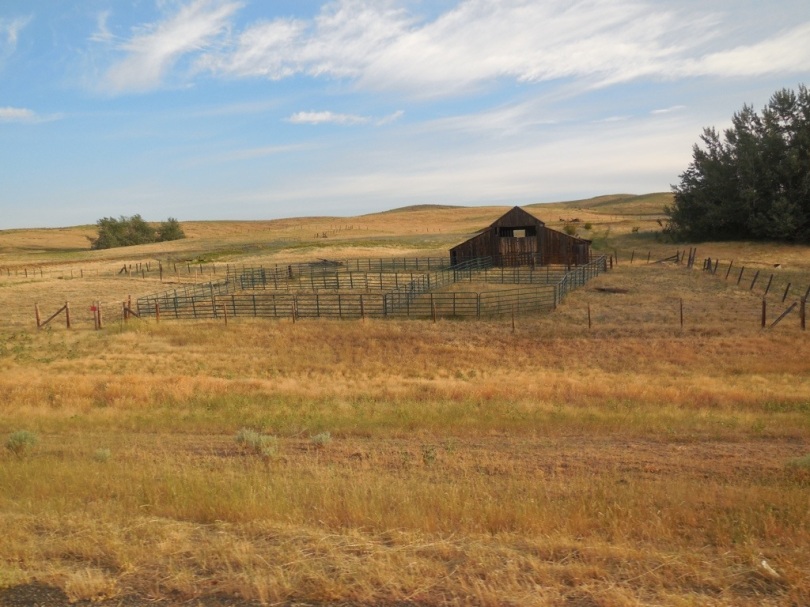 A stop in Cambridge for breakfast. 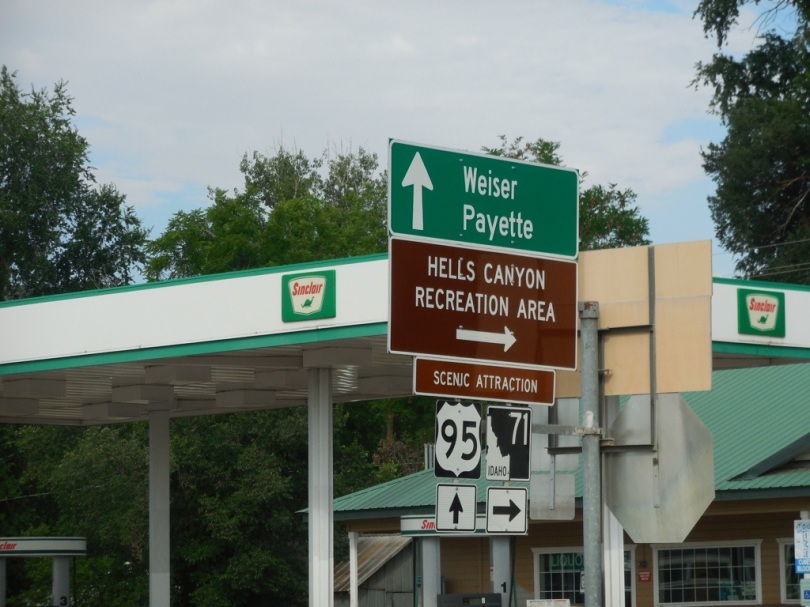 I found these old farm machines that someone went to the trouble to make signs. 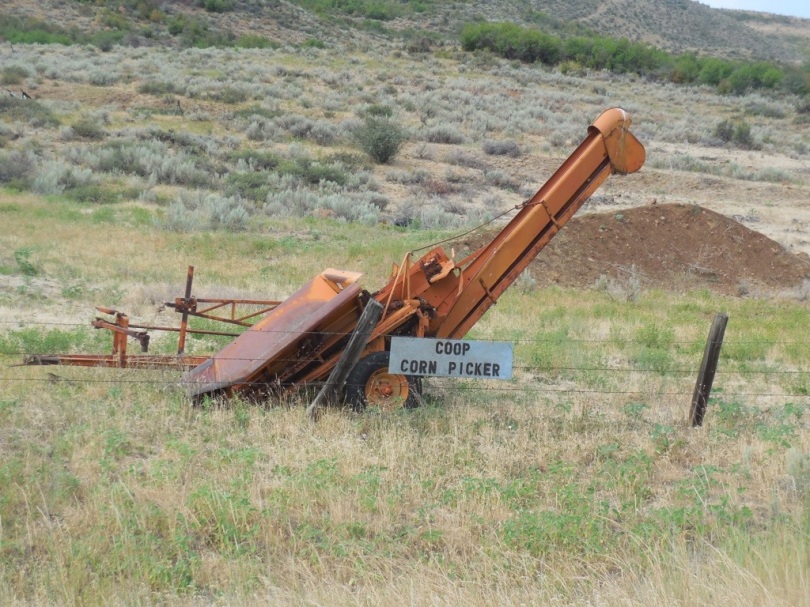 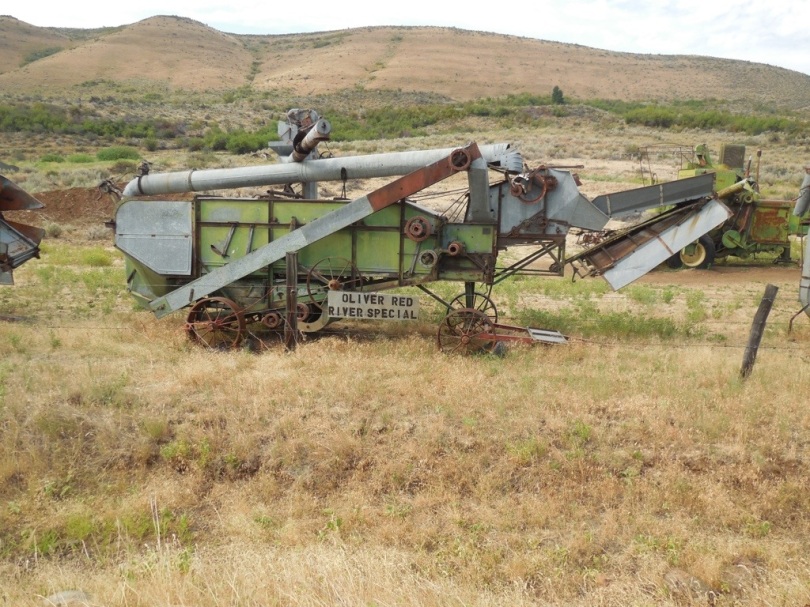 We had just 10 miles of literally torn up roads. What a rough ride with road tires. But met a young man, Josh ( I think) on his way to the east coast via the Northern tier, ( not the TransAm route) he has to be in Conn. in September 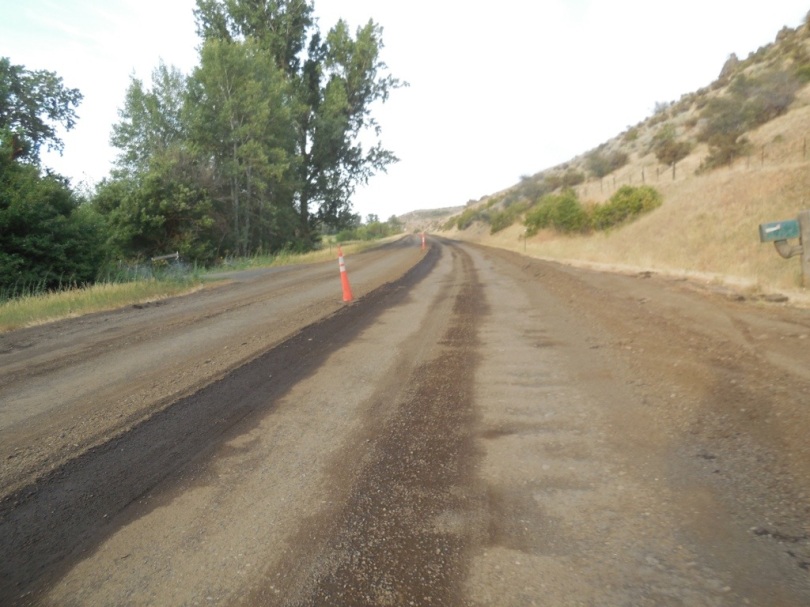 We had a spectacular down hill ride in the valley. We stopped and had chocolate shakes and are our sandwiches. Then we got to the Brownlee Reservoir and dam and crossed into Oregon! 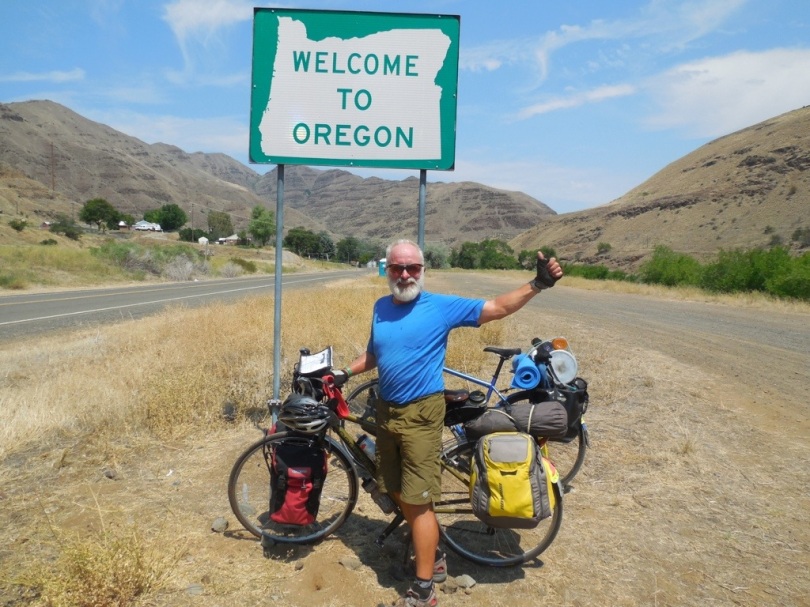 I had 297 miles through Idaho.
The temperatures were rising and we were just over half way to Halfway. By the time we got to Scotty’s Hell Canyon store up from Oxbow it was 108 degrees. And we had to climb out of the canyon. Uggh! 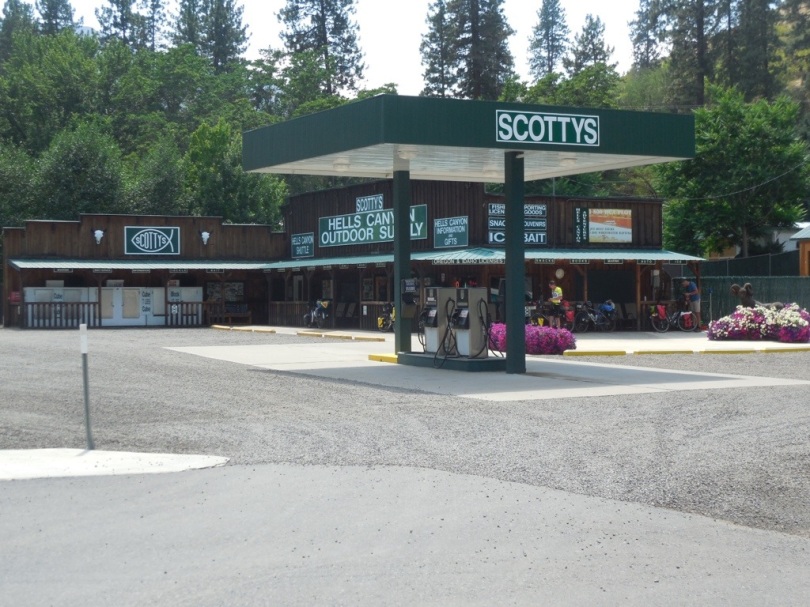 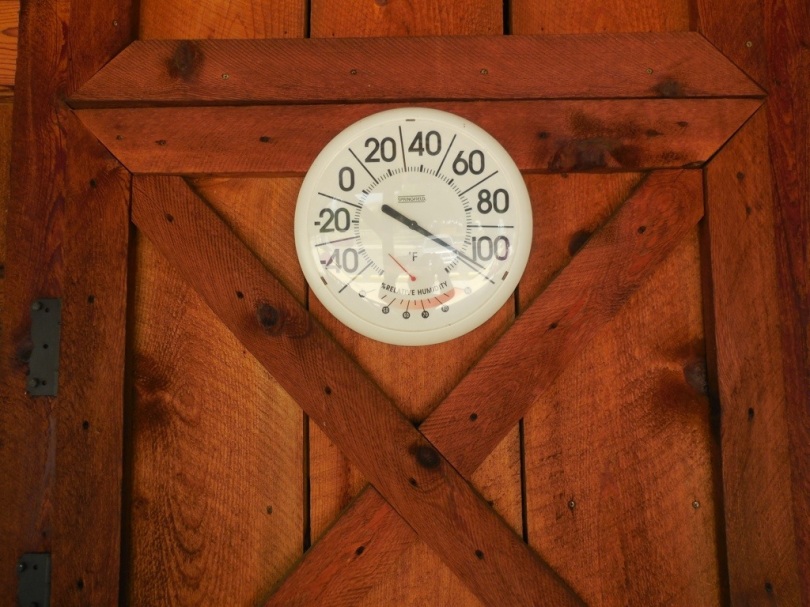 We are in a motel tonight and it feels really good. I didn’t arrive until almost 4:00 PM. And you know how it might feel after 80 miles in high heat. I drank every few seconds it felt, and the back of my throat still felt like it was getting slow cooked with my breath heating it up.

Tomorrow we are off to Baker City. By the way, I’ve loaded pictures and text for those days after Missoula, if you want to go back and see them. What an amazing trip
Oh and here are two Germans that started in Seattle and going to Denver to pick up their wives and a big RV for 3 weeks of touring the USA. They were having a blast and were fun to talk to.