Sunday was a day off and we just stayed in the motel and swimming pool. Several people rode or walked around town but most things were closed. There were strong thunder storms last night and we were happy to be indoors.
This morning we left Larned and stopped at Fort Larned. It supported the Santa Fe Trail in the 1860-1880. 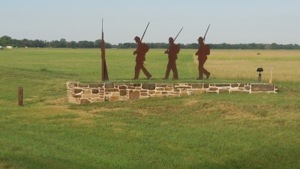 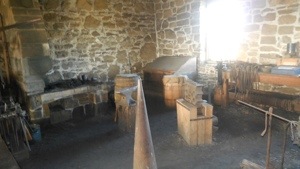 Then as we progressed along a tough 20 miles piece of road, Liam’s bike slipped off the pavement and his tire tore and tube broke. He just put the new tire on yesterday when he discovered that it prematurely had worn out.

I thought these mail boxes were really nice. 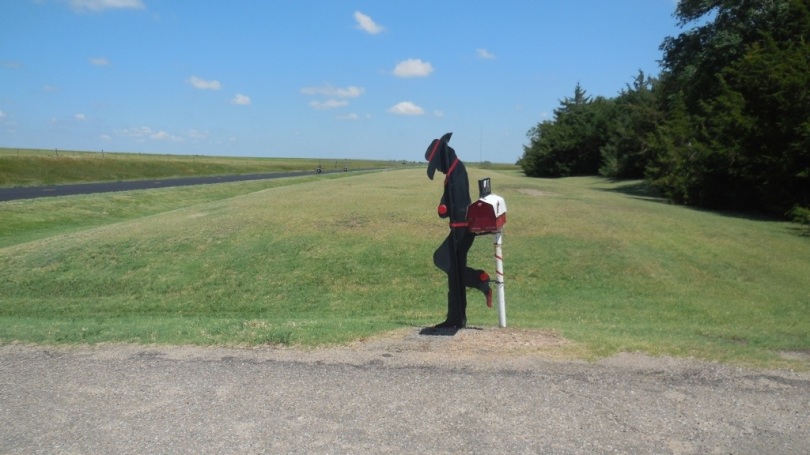 We stopped at a bar that offered some good food about 12:30, and this old Ford pulled up.

We are in the city park at Ness City and Jan and I cooked. We bought lots of canned chilli and made a salad and rice to mix with the chilli. Ness City had at his building built a hundred years ago or more. It’s called the Skyscrapper of the Prairies

When we came into town it was almost 90 degrees and the ice cream stand was our first stop with Liam and Mark. 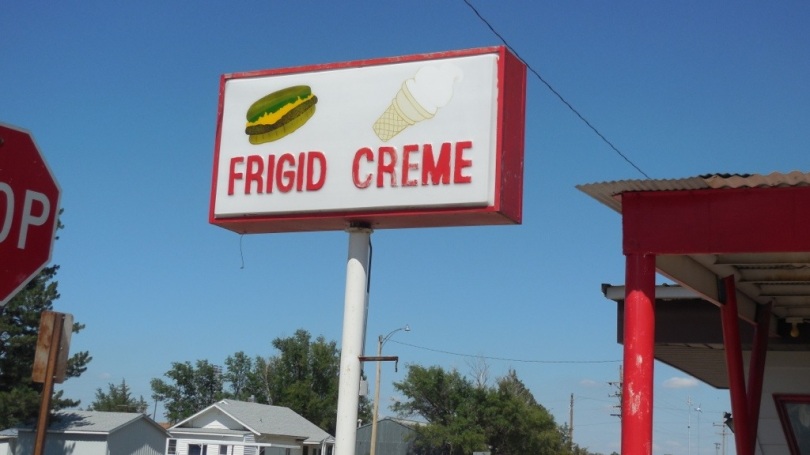